04/10/2021
Metaverse: The new business model on the internet
Years ago the ecommerce revolution took us all by surprise as it started gaining market share compared to physical retail stores. It started with simple things and ended up as we know it today were you can purchase any kind of items or service using the internet.
We are also watching closely how the revolution of home office is taking place, where employees no longer need to move every day from their houses to do their jobs while getting the same results from their home.
But what is missing on all of this revolution, or what is being lost in the process? The social aspect, the feeling of a face to face meeting, the sensation of having a person right in front of you on an environment which helps to communicate and express on an easier way.
The metaverse is here to change that.
Lets start by explaining what the metaverse is a virtual reality space in which users interact with each other on a computer generated environment. With the technology today, this environment can be customized to fullfill the needs of any company, it can be a theather, a nightclub, a company support center, a conference meeting room, or a retail store selling real life items.
In this environment, people can see each other, speak to each other using their voice, see the other person hand movements and so many things more. Technology on this area is moving very fast, so fast that it looks like a scene out of ready player one, there are even products on the market already which allows the users to wear a vest which allows them to feel if another person is touching them, or even artefacts which are made so that the user can run but stay at the same position.
There is a blockchain company called Decentral Games which is probing to the world, that this new business model can have great success.
Decentral Games launched its token back in December 2020, its a company specialized in gaming in which users can get inside the metaverse and play games with other users on an immersive environment replicating the experience and feeling of being in the same room than the other persons. The concept of playing a game on a fixed 2D interface is becoming old, and this new concept will probably become the new normal, as many big players on the market are focusing on this, we can see strategic movements of facebook towards this industry by taking a look at their purchase of Oculus, the main manufacture of VR devices, or the development they are making for their own metaverse called horizon.
Decentral games is now making a move besides gaming, besides their partnerships with atari, theta, binance smart chain, polygon and many others, and having the main venture capitals involved such as Digital currency group, it came to notice their recent partnership with Amnesia Ibiza, one of the most famous nightclubs in the world.
Together they are launching on oct 9, the first ever metaverse festival of the world inside decentraland, a metaverse own by their users, not by a centralized company.
The event will have the support of all of decentral games partners and will have the most famous djs in the world participating on a 24 hs live streaming festival. The line up include big names such as W&W, paul van dyk, benny benassi, luciano, anfisa letyago, bushwacka, luca donzelli, Caal, sam blacky and romina malespina among many others.
The event will be accesible worldwide and its free, the only requirement is to have a computer with a crypto wallet such as metamask or formatic.
“We are facing a revolution on the digital entertainment market which will totally change the way in which users interact with each other from their houses, on a much more immersive and social experience, there is no limit of how far this can go” said Gabriel Mellace Investor relation and head of growth of decentral games.
Decentral games which is also a company owned by its token holders (DG) is probing to the world how they can act as mediators between the existing business models and this new metaverse model, by grabbing a company, making an abstraction of their core business, designing a user experience and deploy it into the metaverse.
The revolution of blockchain is taking a giant step with this festival, in which one of their partners theta, the decentralized blockchain competitor of twitch, which has google and sony as partners, will be the one providing the streaming plattform for the event to go on,
Theta Network is a peer-to-peer video streaming network that offers crypto rewards to users in exchange for unused bandwidth. With investors such as CAA, Sony, and Samsung, Theta Network has established itself as the leading media and entertainment blockchain and will be launching exclusive NFTs with global superstar Katy Perry in Q4 2021
"We’ve been impressed with Decentral Games’ vision for their immersive online world and are super excited for Theta Network to become the exclusive blockchain-based video & streaming provider for Decentraland live events,” said Kyle Laffey, Head of Partnerships at Theta Labs.
Decentral Games is also joining the revolution of play to earn, we have seen the recent success of Axie infinity which applied this model for their games and now have a market cap of more than 8.5B . It is expected that decentral games will be launching their play to earn model on mid october.
¿Te ha gustado mi artículo?
Si quieres saber más y estar al día de mis reflexiones, suscríbete a mi blog y sé el primero en recibir las nuevas publicaciones en tu correo electrónico
Compartir en
Lecturas relacionadas 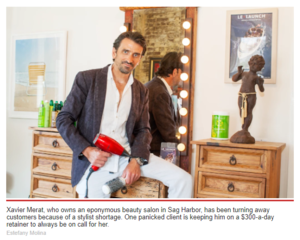