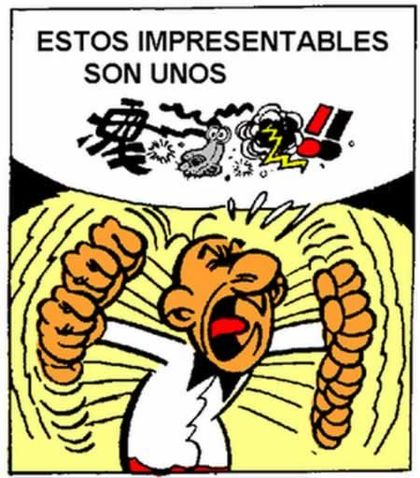 The Ultimate Guide to Gene Therapy

I was going to do a guide to all genetics, but I felt it would be too long. I am going to break all of genetics down into Gene Therapy, Gene Editing and RNA technologies. I will not include every company here, but will catch the most important ones. The really risky companies will be left out. If you think I missed something really important, feel free to let me know.

What is Gene Therapy

To understand gene therapy, we need to know a little about normal cell biology. The concept is DNA encodes all the data for every protein and enzyme in our body. The DNA acts as a blueprint and it is copied to messenger RNA (mRNA). The mRNA gets exported from the nucleus to the cytoplasm where it is loaded into small factories called Ribosomes. Those Ribosomes use the mRNA as a template to build a protein or enzyme.

Gene Therapy lends a good copy of a gene to a cell so that it can make a useful protein or enzyme that is missing. It uses a vector, usually viral, to get the gene into the target cell. The vector gets taken into the cell where it releases the genetic payload. The gene enters the nucleus where it sets up shop. It is copied into mRNA and released into the cytoplasm where it can be used by the Ribosome to create a protein or enzyme. The gene therapy itself is made up of two key parts in the Viral Capsid and the Gene Cassette.

The Capsid is the outer shell that contains and protects the genetic information of the gene therapy. Most of them are viral, but some are man made. The capsid has ligand on it that will bind to specific receptors on the cell to determine what kinds of cell it can enter. This concept of certain viruses having ligand to bind to specific cell types is called Tropism.

The genetic cassette is made up of a few parts. It includes two inverted terminal repeats which define the ends of the gene cassette. It has a promoter and contains only single stranded DNA. It has only the necessary DNA required to make the mRNA. It does not include any of the introns which keeps the package as small as possible. This is called complementary DNA (cDNA). It is often created by using a good messenger RNA for the desired protein, and reverse engineering it with a reverse transcriptase. That sounds really complicated? Just remember that the actual DNA in a gene therapy isn't the full gene. Its only the required DNA needed to make the mRNA desired. This saves a ton of room since many genes can contain up to 99% of uncoded information called introns.

Gene Therapies for the eye have been one of the first spaces of development with Luxturna from Spark. It was the first commercial gene therapy for RPE-65 inherited retinal diseases. It has pioneered the gene therapy space. Since then, the gene therapy landscape has exploded with competition across many new frontiers. The eye makes a great place for a gene therapy. The eye cells never turn over so any gene therapy could be a potential life long cure.

RGNX - This company is working on an anti-VEGF gene therapy for wet AMD and Diabetic Retinopathy. This is still early stage phase 1, but the data is promising so far. This offer a huge potential market with current anti-VEGF therapies making over $11 billion annually.

ADVM - This company is also working on an anti-VEGF gene therapy for wet AMD and Diabetic Retinopathy. They are still in phase 1 with no data at all yet. They have experienced failures in this same program in the past. They are certainly the high risk long shot play in this space.

MGTX - They have multiple gene therapy programs for rare genetic eye disorders. They will compete with the already commercial Luxturna for RPE-65 inherited retinal diseases. They have a partnership with Janssen which lends some endorsement to their programs.

The CNS offers another great target for gene therapies as these cells never turn over. That poses a life long treatment for many of these disorders. The big issue with the CNS is getting around the Blood Brain Barrier. The two approaches are intraveneous (IV) and intrathecal (into the spinal cord). The IV approach tends to require much higher doses which can cause more side effects. Its most beneficial for infants under 6 months of age and less helpful to adults. The intrathecal route gets around the issues with the blood brain barrier and has become the route of choice in many CNS gene therapies now. Some companies use direct injections into the brain.

RGNX - They have a few programs in early stage around MPS, CLN and Tau Therapies. None of these indications are exceptionally large. They are very small ultra rare indications. They don't have any data yet, and there is a ton of competition in this space. Their method is the intrathecal approach.

MGTX - They are working on gene therapies for Parkinson's and ALS. Their route of administration for the Parkinson's is an injection into the STN region of the brain. The early data in this program was a bit questionable so far.

VYGR - They are one of the lead CNS gene therapy companies on the market. They have several programs around Parkinson's, Huntington's, ALS and Friedreich's Ataxia. Their lead program around Parkinson's is an injection into the brain. It does have some good data, but the program has been riddled with set backs and delays.

QURE - They have a very early CNS program mostly around Huntington's. They don't have any data from this part of their pipeline.

FOLD - They have early gene therapy programs around Fabry, Batten Disease, Pompe, and MPS. Many of these programs are not CNS specific, but they come with a CNS component. This is still all early stage as FOLD began as a classic Enzyme Replacement Therapy (ERT) company and evolved into a gene therapy company.

The liver has been one of the most challenging targets for gene therapy. The high turn over rate for liver cells proves to be the biggest challenge of these programs. There is still plenty of data to show we can get at least a few years of durability in these programs. That is very promising until a more durable solution can be found.

QURE - They have 3 programs around Hemophilia B, Hemophilia A and Fabry disease. They do have the current top program in Hemophilia B right now. They have no data other then preclinical for the rest of their programs.

SGMO - They have 2 gene therapy programs for Hemophilia A and Fabry disease. They have the top program in Hemophilia A right now. They own 15% of that program in a partnership with Pfizer. Their Fabry program has no data yet.

Gene Therapies for muscle disorders is one of the newer spaces of development. It has been riddled with failures so far with several programs reporting disappointing data in DMD. The high doses required to drive efficacy in the muscle has led to toxicity and side effects. There is some limited success data in other muscle programs like X-Linked Myotubular Myopathy.

SRPT - They have a very broad early stage gene therapy pipeline, but they have extremely limited data so far from these programs.

BOLD - They have a later stage program for X-Linked Myotubular Myopathy. The early data has been promising so far. They also have a preclinical program focused on DMD. There is no data from this program so far. This is one space where one needs a healthy level of skepticism.

This is one of the newer space of gene therapy. There have been a few companies in this space, but they have not done very well. There has emerged one company so far that has some great technology in this space.

KRYS - They have a gene therapy platform that uses a Herpes virus to edit skin cells. This allows for a topical treatment that can be used over and over again. Its been in development for over a year and has no signs of provoking any antibodies. This offers the potential to change the way we treat many skin diseases. Its still early, but its very promising.

The ex-vivo gene therapies work by extracting the patient's own stem cells and editing them to correct the defective gene. They then put the stem cells back into the patient to cure the underlying disease. This is on the borderline between gene therapy, cell therapy and gene editing. These therapies bring with them a different spectrum of side effects. These are more risky and related to the depletion and transplantation of stem cells. There is a much higher risk of deadly complications. They do offer long term therapies for life threatening diseases.

BLUE - They have 2 programs around Beta Thalassemia and Sickle Cell. They have far more data in their programs then any other company. The data has been good, but leaves a lot of room for other companies to beat their data. It hasn't happened yet, but I expect it will. They are using the Lentivirus to edit the Beta Globin gene.

CRSP - They have 2 programs around Beta Thalassemia and Sickle Cell. They have only preclinical data so far. They are using CRISPR technology to editing the BCL11A gene. I expect this data will surprise all of the CRISPR skeptics.

EDIT - They have 2 early programs around Beta Thaassemia and Sickle Cell. Their first attempt was to target the Beta Globin gene like Bluebird. The data wasn't all that great. They went back and started over with the BCL11A version of the product.

ORTX - They have a pipeline of stem cell gene therapies using the gammaretroviral viral editors. These work very much like Lentivirus. They have multiple ex-vivo programs around MPS, SCID and WAS. They are probably one of the closest companies to commercial in this space.

AVRO - They have a pipeline around Fabry, Pompe and Gaucher. They are slightly different. They edit stem cells so they will produce the needed protein that is missing. This requires the same autologous stem cell transplant many other programs are using. They do have some very promising data for Fabry data.

RCKT - They have a pipeline around editing stem cells for rare blood diseases. They have some very promising data in Fanconi Anemia. They also have programs for Danon Disease, LAD, and PKD.

This is a newer space of gene therapy. It combines the science of creating a genetic cassette with the science of encoding small interfering RNA. They insert a gene that encodes the RNAi therapeutic instead of a missing protein. There is one early program working in this space from BOLD with is combining of epigenetic exon skipping with a gene therapy around DMD.

This is another interesting space around gene therapy. This is where they use the gene therapy to encode a therapeutic antibody instead of a missing gene. I know RGNX just got into an early partnership to use this kind of gene therapy to target Hereditary Angioedema.