XTB has already pushed back on the KNF's assessment, submitting legal objections in their defense.

Polish brokerage XTB (WSE:XTB) has found itself under the scrutiny of domestic regulatory authorities, finding itself on the hook for over a dozen client infringements collectively totaling millions of dollars. The legal setback has caused an abrupt collapse of share prices which dropped by more than 35 percent, with stock exchange authorities taking steps to temporarily suspend trading, according to a local newspaper report.

A determination was made by the Polish Financial Supervision Authority (KNF) and the prosecutor’s office, following a lengthy investigation. Polish authorities have determined that the brokerage fraudulently engaged in a series of client infringements to the detriment of its client base.

The Polish Financial Supervision Authority estimates this to be in the range of PLN 8 million ($2.2 million) to upwards of PLN 23.5 million ($6.5 million). News surrounding the regulator’s decision has sent shock waves through XTB’s share prices. 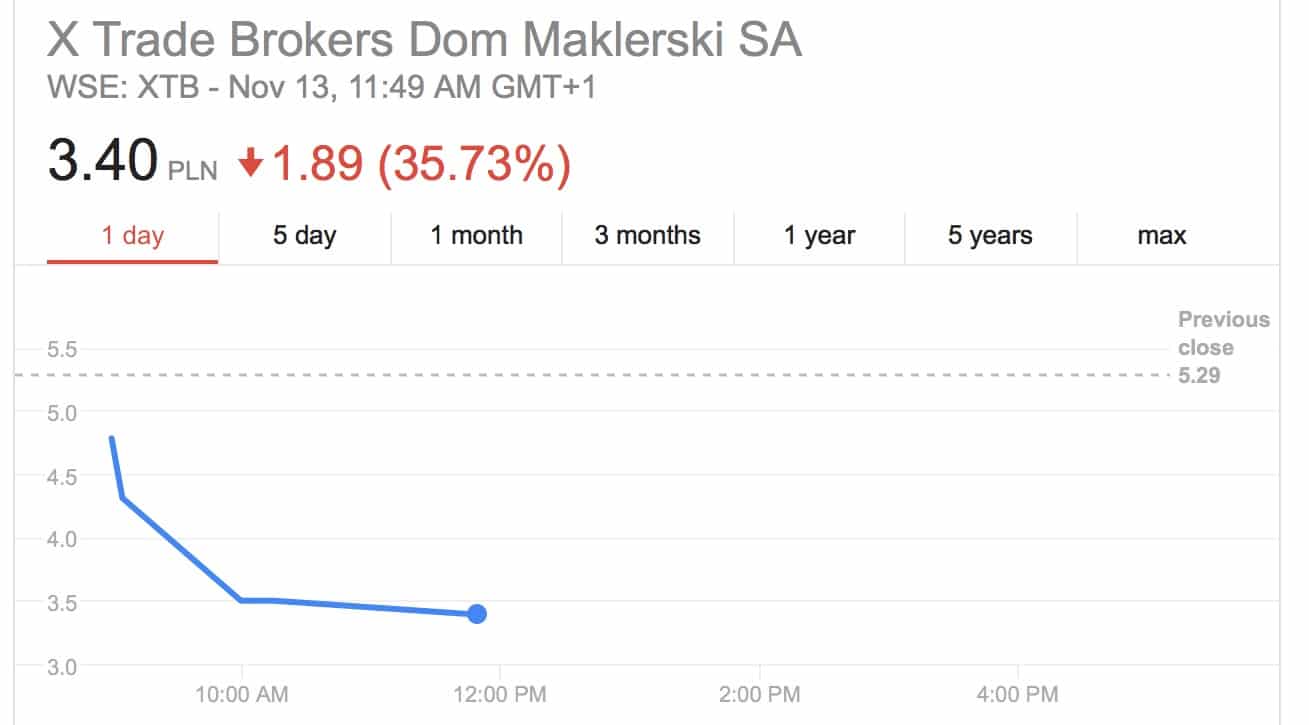 The news is a shocking development for XTB, which had recently taken multiple steps towards  safeguarding its client base with a negative balance protection. Additionally, the group had shown to be in  excellent standing following strong Q3 financial results. All this is a moot point however in the wake of the latest assessment from authorities.

At the time of writing, shares have been temporarily suspended by the Warsaw Stock Exchange. According to a statement to Finance Magnates from XTB’s Management Board, “We do not agree with the objections by Polish Financial Supervision Authority (KNF). Since that control, we have submitted to KNF extensive substantive and legal objections as well as detailed analyses, pointing the remarks in the audit protocol are groundless. We have implemented all the recommendations of the Commission immediately, upholding in full our objections to the KNF audit protocol at the same time.”